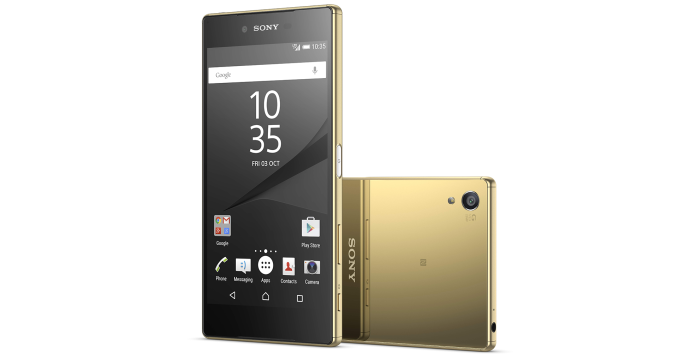 Following up on the relative success of its smartphone flagship line, Sony has just unveiled its new Xperia smartphones. After a relatively disappointing market presence for the Xperia Z4, many were wondering what the company was preparing next. Since the Z4 was launched without too much of a fuss and to a moderate response, it’s not surprising to see that the Z5 was revealed without too much of an aggressive marketing campaign either.

This time around, the Z5 comes in 3 different versions, as opposed to the regular and Compact versions we’ve learned to expect. The models are named Xperia Z5, Xperia Z5 Compact, and the newcomer to the family, the Xperia Z5 Premium. Right off the bat, one major difference between the 3 is the screen size, with the Compact sporting a 4.6 inch 720p screen, while the Z5 sports a full HD screen of 5.2 inches in size. The largest is obviously the Premium, which brings a 5.5 inch, 3840x2150p screen to the table. The phones share a lot of common features however, all of them incorporating Sony’s well-known cameras, in this case a 23 MP rear-facing one and a 5 MP front-facing one.

The compact comes with 2GB of RAM, while the other two larger Sony Xperia Z5 variants sport 3 GB of RAM. The CPU is the same across the board, mainly a Qualcomm Snappdragon 810 MSM8994. Battery sizes are also different, which only makes sense, the Compact receiving a 2700 mAh one, the regular a 2900 mAh one, while the Premium gets a massive 3430 mAh one. Features also include a fingerprint sensor and NFC. In terms of software, all 3 versions will come with Android Lollipop 5.1 out of the box.

In terms of design, Sony hasn’t done anything revolutionary, so expect a very similar design to the older Z models. That’s obviously not a bad thing, since a premium feel and design was always what drew consumers to the Sony Xperia, and the Z5 looks just as stunning. It’s also bringing the well-known dust and water resistance features back, which is again, not really surprising. The phones will be released in October, with only the Premium coming in slightly later, in November. There are no official details on prices as of yet, but as soon as Sony decides to put an official tag on the Xperia Z5 models, we’ll be sure to let you know.

As long-time IT enthusiasts, gamers and gadget fanatics, Mark and I have been working in the industry for a long time and we both have a vast experience in dealing with smartphones, tablets, PC and console hardware and everything tech-related. My list of industry insiders is long-enough to allow me to get insights into what's going on in the technology field and provide my readers with interesting and timely updates. I focus on brief, to-the-point reporting, keeping the "bla bla" to a minimum and making sure my readers get easy access to important information and updates. I mainly specialize in Android-based mobile devices, leaving iOS and Apple devices in Mark's capable hands.
Previous Samsung reveals 4K UHD Blu-Ray Player
Next Nexus 5 2015 Release Date possibly set for September