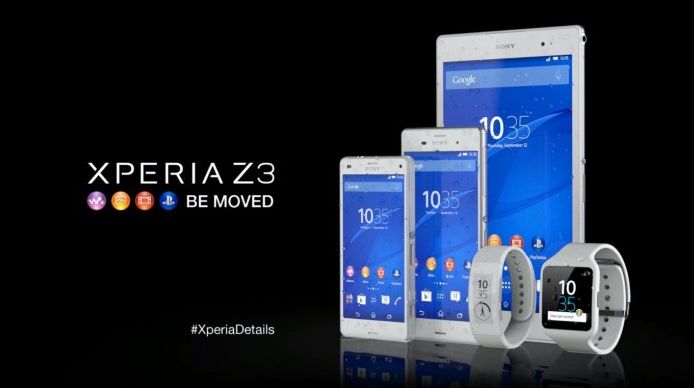 Sony Xperia Z3 – should you upgrade from Xperia Z2?

The Sony Xperia Z3 was presented during a press conference at IFA in september 2014. It is the long waited successor of the Xperia Z2, a very well appreciated phone by those who used it.

The Z3 is faithful to the “Omnibalance” principles created and used by Sony. The main idea is to create a symmetry in the phone’s design that is different from other similar devices. The frame is constructed from aluminium that gives a very nice look and feel. The finishing touches like the rounded corners and the tempered glass back side gives a truly premium look to the device.

One of the trademarks in Sony’s high-end smartphones is making them water and dust resistant. The Z3 is not an exception, it has the same waterproofing level as its predecessor and received an improvement regarding dust-proofing, making it “dust tight”.

The phone is a powerhouse, being equipped  with a gorgeous 5.2 inch multi-touch screen,  full HD and a pixel density of 424 ppi. The rear camera has a sensor with 20.7 megapixels that is capable of taking amazing pictures. The Sistem Chip is the Snapdragon 801 with a quad-core processor  clocked at 2.5 Ghz and has 3 GB of RAM.

The device was initially sold with Android KitKat (4.4.4) but over time was upgraded to Lollipop (5.0) in March, and in July  users could upgrade to Android version 5.1

The main attraction of the phone is the powerful battery. The Z3 received a 3100 mAh non-user removable battery. It stores enough energy for 2 full days of mixed use. This might not seem much but for smartphones with large screens this is a real marathon.

The Xperia Z3 is a great day to day device perfect for talking, texting, entertainment or even business.

The only downside is that there is not a very big difference between the Z2 and Z3. We would have liked to see more improvements on the hardware.

I have always been eager to try out any gadget I could get my hands on. I became a tech journalist so that I could always be around technology and see the newest devices. I use gadgets every day to make my work and life easier. I have enough experience to know If a device is actually improving my activity, offers something useful or new. I will post my honest opinions and judge a device as objectively as I can.
@https://twitter.com/Colin27Anderson
Previous Surface Pro 3- The Taplet Which can be Better Than a Laptop or a Tablet
Next LG G Flex 2 – Review