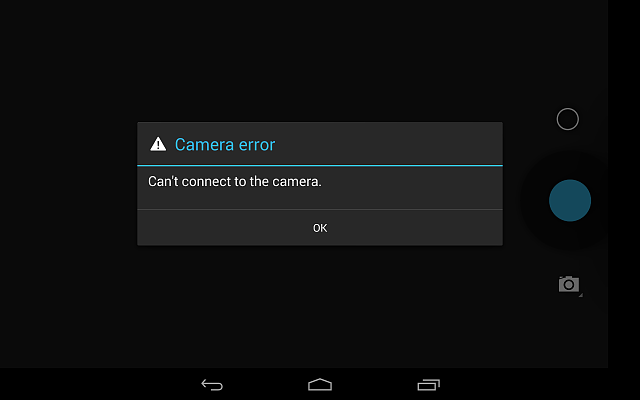 Even thought Nexus smartphones are high-end in which Google invested a lot of care and attention. Anyone who used a Nexus can say that Android runs better with less issues than on other devices. But still some bugs arose over time, but most of them were easily dealt with. More problems started to appear after the upgrade to Android Lollipop 5.1.1.You can always find someone who encountered it before and managed to find a solution to fix it. Here are a few of the most common issues that can appear and quick and easy solutions to solve them.

The first Nexus 5 bug is related to camera issues often encountered by Nexus 5 users, symptoms include blurry images, shutter lag, slow auto- focus, and generally poor image quality. From the beginning it was almost certain that it is a software bug. Google addressed this problem and released an update with different fixes and among them there was a fix for this bug. Users reported that it worked and if you are now experiencing this problem  the first step should be checking if you have the latest software version.

Another common Nexus 5 bug is slow or no charging of the device. First make sure that you are using the charging cable that came with the device. If that is the case then this fix could solve your bug. Charge the device to 100% and then use until the battery level is around 5% and charge it again. Repeat this process 3 times. Other fixes for this Nexus 5 bug involve changing the charger to a more powerful one or charging it from a PC.

Apps crash with no reason is an often reported Nexus 5 bug. If you are sure that the app is good then the problem is most likely related to the system cache. The solution could be to clear the cache. From the App Info tap Force Stop and then Clear Cache. If the problem persists then one of the best fixes for this Nexus 5 bug is to wipe the phone’s cache partition. You can do this by accessing “recovery mode” and scroling throight the menu until you find “wipe cache partition”

A less encountered Nexus 5 bug makes the GPS inaccurate, slow and the phone losses the connection with the satellites. There are 2 fixes that should work, the first is to set the mode to “high accuracy” from Settings/Location. If that doesn’t work then try to see if the GPS works in “safe mode”. If it does that means the problem is the app and reinstalling or changing it should fix the problem.

A Nexus 5 bug found on different android devices is not being able to answer calls   This has been generally reported in 2 ways. Either the screen does not turn on or swiping the answer or ignore band doesn’t do anything and the phone continues to ring. To solve this Nexus 5 bug try to use the phone in “safe mode”, if it works as it should then the problem is a 3rd party app. If it doesn’t then look for upgrades for Nexus or consider downgrading.

If you’re encountering several problems the best fixes could be to downgrade the operating system.

I have always been eager to try out any gadget I could get my hands on. I became a tech journalist so that I could always be around technology and see the newest devices. I use gadgets every day to make my work and life easier. I have enough experience to know If a device is actually improving my activity, offers something useful or new. I will post my honest opinions and judge a device as objectively as I can.
@https://twitter.com/Colin27Anderson
Previous Nexus 5X – everything you need to know
Next Samsung Galaxy S6 vs. Sony Xperia Z5- Which One Will Thrive?