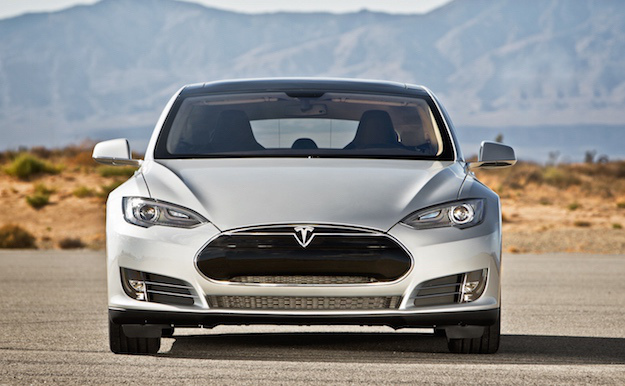 Tesla doesn’t only deliver great cars, it also takes care of them afterwards. Tesla constantly updates its software and makes the updates available for its users over the air. The latest software currently available is version 7.0 and is now rolled out to Tesla Model S vehicles. The latest version of the electric cars’ software was revealed yesterday by Elon Musk, Tesla Motors CEO. In order to receive the update users only have to install it after a notification pops up on the center display of their car. In average, it takes about 45 minutes to complete a software update. Users also have the option of connecting their Model S to their home Wi- Fi network in order to download the update in the shortest time possible. 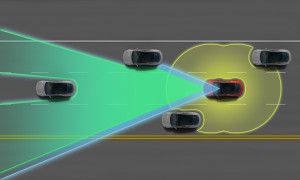 The new update delivered by Tesla includes some terrific autopilot features. Tesla’s Model S won’t be totally autonomous, but the new features will certainly make it easier to drive. According to a Tesla blog post, the “Tesla Autopilot functions like the systems that airplane pilots use when conditions are clear”. Basically the Model S just got an extra- powerful cruise control. Tesla’s Autopilot software has three main functions. The Autosteer feature makes sure that the Tesla Model S remains in its lane even when the road is not straight. Of course, it is a good idea to keep your hands on the wheel, just in case, but the sensors the Tesla vehicle is equipped with should manage to direct the car in the right direction. The second function, the Auto lane change is only available when Autosteer is enabled. This particular function allows Tesla vehicles to get out from behind a slow driver or small truck. In order to perform this action, drivers only have to turn signal to the right or left. After this the Tesla vehicle will wait until it is safe to move and will change the lane for you.

Although there are probably drivers who prefer to have full control of their vehicles and won’t make use of the autopilot functions, there is a third function which will be welcome by a great number of drivers. It is the Autopark feature Tesla has improved. After pulling up next to an available parking space drivers only have to hit the P button that appeared on the dash. This means that the Tesla vehicle detected the parking spot. After hitting the aforementioned P button, the Tesla car will be able to pull into the parking space without the need for the driver to do anything. We think this is truly a great feature, specially for those of us who aren’t exactly masters in parking. It also comes in handy for beginners and for those who are just too lazy to park their Tesla car.

Besides all these features, the Tesla Model S that received the software update will also be able to signal obstacles or other vehicles which are too close to the Tesla car.  Although the Auto Pilot feature offered by Tesla is a good one, the company  still advises drivers to be careful. It was also brought to Tesla vehicles’ drivers that they are still responsible for any collisions Tesla cars are involved in, even when Auto Pilot mode was enabled.

I have always been eager to try out any gadget I could get my hands on. I became a tech journalist so that I could always be around technology and see the newest devices. I use gadgets every day to make my work and life easier. I have enough experience to know If a device is actually improving my activity, offers something useful or new. I will post my honest opinions and judge a device as objectively as I can.
@https://twitter.com/Colin27Anderson
Previous Surface Book Sold Out Before Launch Date
Next Uber To Join Forces With NCMEC To Look For Missing Children