Home / Smartphones / Galaxy S7 vs. iPhone 6S Plus- Will Samsung or Apple win the battle? 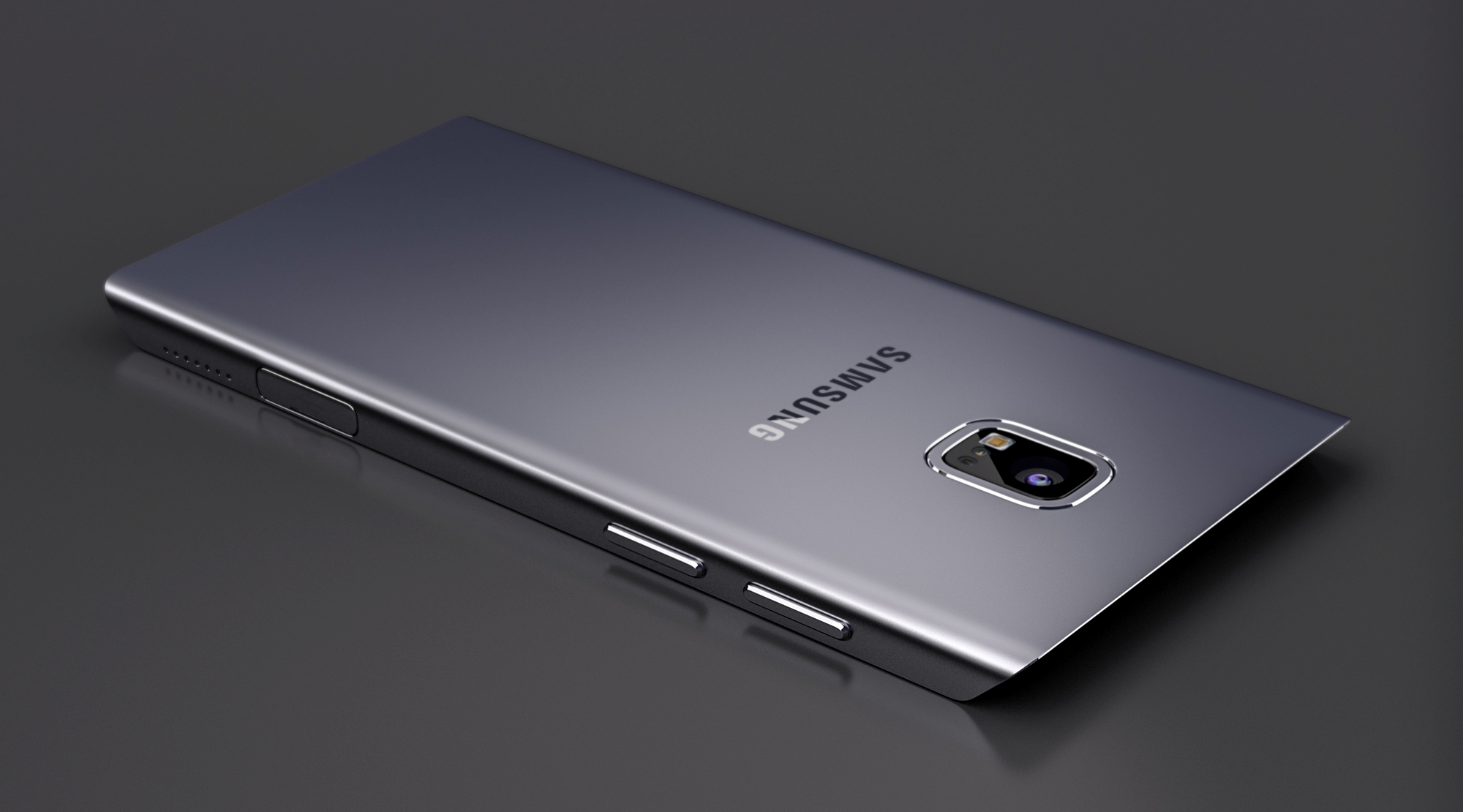 Galaxy S7 vs. iPhone 6S Plus- Will Samsung or Apple win the battle?

Although the Samsung Galaxy S7 was not even officially announced yet, there are a lot of rumors surrounding it. It is expected to be released sometime at the beginning of 2016 and it is thought to be a true flagship device of Samsung’s. On the other hand, the iPhone 6S Plus is already a flagship smartphone. In order to make an impression on whether Samsung will succeed to impress customers next year by giving them something better than there already is on the market, we thought of comparing the rumored specs of the Samsung Galaxy S7 with the existing iPhone 6S Plus.

According to the rumors, the Samsung Galaxy S7 will most likely have a similar design to its predecessor’s. One notable difference might consist in the much bigger, 5.7- inches screen which will turn the Galaxy S7 into a bigger device than the S6. Thera re also information indicating that the Galaxy S7 will also be made of different materials than its predecessors. A magnesium based alloy was suggested as a possible material for the body of the Galaxy S7. It’s highly possible that the Samsung Galaxy S7 will have the same metal- glass body than the S6 family. The metal may differ, but the combination will still offer the same premium feel the S6 does. It was revealed recently that the Galaxy S7 might have a trapezoid design which could house a secondary display, just like the one featured by the LG V10. 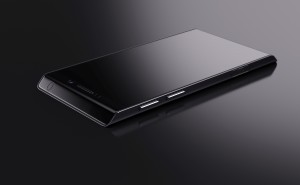 It was said that the Galaxy S7 will possibly come in two different versions: a 5.2- inch one and a lot bigger, 5.7- inch version. It is probable that at least one of them will feature a 4K resolution display. If it were to guess which one, I would bet on the bigger device. These are currently rumors, unfortunately. A benchmark which is thought to be for the Samsung Galaxy S7 shows a 5.7- inch device, but only a 1440 x 2560 QHD resolution, not a 4K one. Even so, these are not official specs, so there is still a possibility for Samsung to deliver a 4K resolution Galaxy S7. Information regarding a Synaptics’ variant of Force Touch being featured by the Samsung Galaxy S7 surfaced recently. Instead of the Gorilla Glass we’ve seen on the recently released devices there is a chance that the Galaxy S7 will be protected by Samsung’s own Turtle Glass. As for the camera of the Samsung Galaxy S7, reports say that it will feature a 16 MP back camera alongside a 5 MP front- facing one. 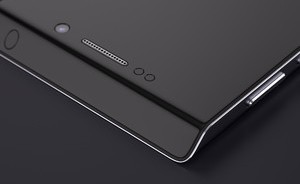 Coming to the hardware part of the Samsung Galaxy S7, it is believed that it will be poered by Qualcomm’s Snapdragon 820 processor. Of course, just like in the case of the Galaxy S6, Samsung could opt for its own Exynos chipset instead of the Qualcomm one. In this case, the processor could be a Exynos M1. The Galaxy S7 will have at least 4GB RAM and will probably come in two storage versions: 32 GB and 64 GB. Thankfully, the storage seems to be extendable in the case of the Samsung Galaxy S7. It is rumored that it will have a microSD card slot.

One of the most important competitors for the upcoming Samsung Galaxy S7 is considered to be the iPhone 6S Plus. Although this device was released last month is was welcome by the general public and might still have great sales next year. If the Galaxy S7 won’t prove to be a better device it might just not manage to win terrain over the iPhone 6S Plus. The design of the iPhone 6S Plus is quite similar to its predecessor, if not identical. 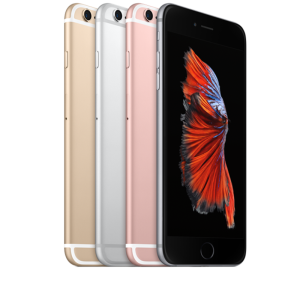 It has nice, clean edges and a design recognized all over the world. Which hasn’t really changed over the last few iPhone generations. It is a nice design, but maybe it would need a little bit of change after all this time. The Samsung smartphones didn’t really change either in the last few years, but if the Galaxy S7 will come after all with the trapezoid design, Apple will probably have to come up with a bigger change in design also. Otherwise, it might loose some customers. The body of the iPhone 6S Plus is made of aluminium alloy so it is extremely light for the features it has to offer. The metal body also ensure its premium feel.

The display of the iPhone 6S Plus is a 5.5- inch one with a full HD resolution and 401ppi pixel density. This is lower res than the QHD version speculated for the Samsung Galaxy S7. If it will come out with the 4K display after all, the iPhone 6S Plus’s display will seem a little dated, we think. Even so, the images of the iPhone 6S Plus are crisp, clear, vibrant and high- quality alltogether. The IPS screen is covered in toughened glass with fingerprint-resistant oleophobic coating. 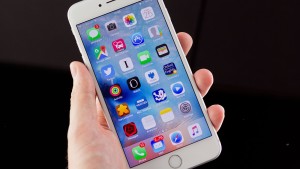 The iPhone 6S Plus is powered by a Dual-core 1.84 GHz Twister processor and an Apple A9 chipset. These are combined with the PowerVR GT7600 (six-core graphics) GPU which are meant to offer  great visual experience to users. The latest iPhone model includes 2 GB of RAM and comes in three versions: 16 GB, 64 GB and 128 GB internal storage. Although it does offer the 128 GB version, it doesn’t have a microSD card slot, so this might also be a feature that will be better on the Galaxy S7. It offers the possibility for users to extend the storage of their smartphones. The RAM is also better in the case of the projected Galaxy S7.

The iPhone 6S Plus runs on iOS 9 and it can be purchased for a price starting at $649.00, which is quite similar to the projected price of the Samsung Galaxy S7.

Although we don’t know anything certain about the specs and features of the projected Samsung Galaxy S7, we are starting to get a pretty clear picture of how it will be, due to leaked information. If the design of the Galaxy S7 will be inovative enough and it will have the high- end features customers expect from Samsung we think that it might be a great competitor for the iPhone 6S Plus. And it might even be the winner in this battle. In our opinion both companies could use a refreshed look and it seems that Samsung is on the way to make it happen. If the Samsung Galaxy S7 will have the signature Samsung look and will lack a 4K display, Apple might be the one to win the race for best flagship device.

We hope that the new Samsung Galaxy S7 will bring the change that is needed in order to make customers truly content.

I have always been eager to try out any gadget I could get my hands on. I became a tech journalist so that I could always be around technology and see the newest devices. I use gadgets every day to make my work and life easier. I have enough experience to know If a device is actually improving my activity, offers something useful or new. I will post my honest opinions and judge a device as objectively as I can.
@https://twitter.com/Colin27Anderson
Previous LG Gram vs. MacBook Air- Is Lighter Always Better?
Next Gear S2 vs Moto 360 – A second generation battle