Every year, chipsets, processor and smartphone components overall get more powerful and impressive. One of this year’s most awaited piece of hardware was the Qualcomm Snapdragon 820 SoC, and it seems that it is finally here, placed under the hood of LeTV’s Le Max Pro. This is kind of a surprise if we think of the recent rumors that Samsung had exclusivity for the chipset until April this year, but then again, the information wasn’t official, so we did need to take it with a pinch of salt. Now it is certain that rumors weren’t true, and the Samsung Galaxy 7 won’t be the first handset to be equipped with Qualcomm’s latest processors.

The Le Max Pro was showcased at the Consumer Electronics Show in Las Vegas that is on until January 9. The LeTV device has an impressive 6.3-inch display with 2,560 x 1,440 resolution which is perfect for this size, and a rather thin metal body. The smartphone is also equipped with a fast fingerprint sensor, a USB Type-C connector, Android Marshmallow, and a 21MP back camera. It also features 802.11ad Wi-Fi on-board, so 4K streaming is finally possible on this device. 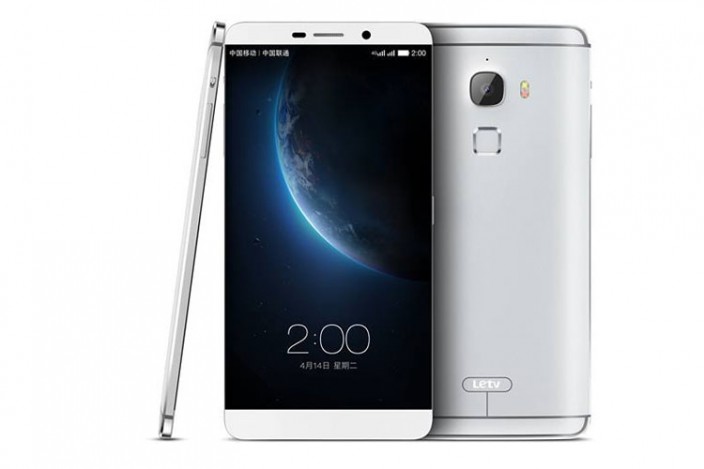 What is the most impressive about the Le Max Pro is its chipset, of course. This has four Kyro CPU cores manufactured by Qualcomm, clocked at 2.2GHz, and the latest Adreno 530 GPU, alongside 4GB of RAM. The smartphone includes 32, 64 or 128GB internal storage, which is also impressive. All these features come together in creating a truly fast and powerful smartphone, which will certainly remain known at least for the fact that it is the first device that is equipped with the Snapdragon 820 chipset. Unfortunately, the manufacturer didn’t place an impressive battery under the hood of the Le Max Pro, instead, LeTV opted for a 3400mAh battery which might prove to be insufficient to ensure a reasonable battery life for such a powerful device, and its large and high-resolution display.

Although the device was unveiled at the CES 2016, so we know how it looks and what its main features are, no information regarding the price or availability of the product was disclosed at this time. It is a Chinese device, so we might see it launch in China, Japan, and Korea first, but we do hope that it will soon become internationally available.

I have always been eager to try out any gadget I could get my hands on. I became a tech journalist so that I could always be around technology and see the newest devices. I use gadgets every day to make my work and life easier. I have enough experience to know If a device is actually improving my activity, offers something useful or new. I will post my honest opinions and judge a device as objectively as I can.
@https://twitter.com/Colin27Anderson
Previous BlackBerry Priv Android Marshmallow Update Still On Hold
Next Lenovo Announces First Project Tango Phone, To Launch This Summer