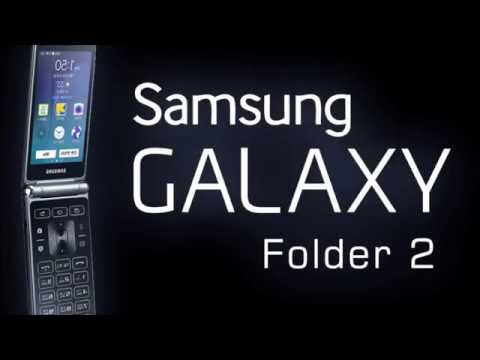 Samsung recently released what is considered to be their best handset yet, the Galaxy Note 7. This, however, doesn’t mean that their journey stops here and they won’t release anything else in the near future. According to GSM Arena, Phone Arena, and Phone Radar, the upcoming Samsung Galaxy Folder 2 was confirmed by leaked promotional images. The same handset was already cleared by the FCC and TENAA, so it is quite clear that this particular handset really exists, and we will see it sometime in the foreseeable future. 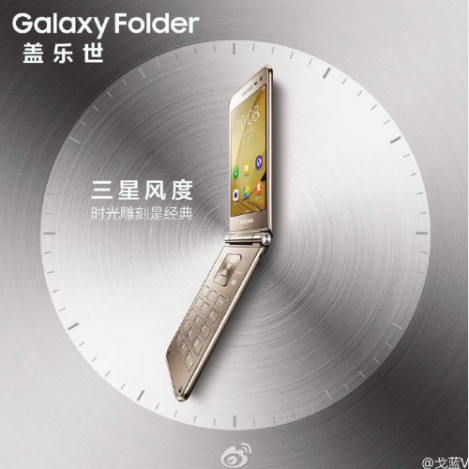 The images that have recently surfaced on the web reveal a quite slim smartphone. The device measures 122 x 60.2 x 15.5mm and weighs 155g. The folder handset, which is the successor of last year’s Samsung Galaxy Folder, continues in its predecessor’s footsteps and has a 3.8-inch touchscreen display, with 480×800 pixels resolution. This can be translated to 246ppi pixel density. Even though this doesn’t offer the same image quality as the Samsung flagships do, it still is OK. Let’s face it, those who want a flip phone don’t really think they will have the same image quality as they would find on a regular touchscreen one. 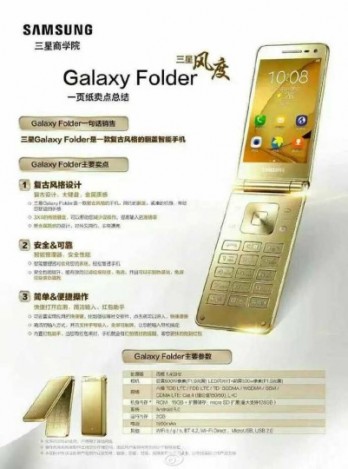 As far as other specs go, the Samsung Galaxy Folder 2 will be equipped with a Snapdragon 425 quad-core chipset clocked at 1.4GHz and the Adreno 308 GPU. The device will offer 2GB of RAM and 16GB internal storage which can be further expanded by up to 128GB thanks to the microSD card slot of the smartphone. In the camera section, users will find an 8MP back camera, alongside a 5MP front-facing selfie camera. The handset will get its power from a 1950mAh battery. The smartphone might not offer high-end specs and features, but it does come with Android 6.0.1 Marshmallow preinstalled, so definitely this will win some users over.

Given the fact that the promotional images were leaked these days, it’s safe to assume that the launch of the handset isn’t that far. We might see it unveiled in the fall, and it will probably be an affordable handset given its specifications which don’t really qualify it as a high-end device. It may not be a flagship handset, but those who were fans of folder phones could easily be persuaded to buy one even these days, and in this case, the Samsung galaxy Folder 2 will probably be one of the best options available.

I have always been eager to try out any gadget I could get my hands on. I became a tech journalist so that I could always be around technology and see the newest devices. I use gadgets every day to make my work and life easier. I have enough experience to know If a device is actually improving my activity, offers something useful or new. I will post my honest opinions and judge a device as objectively as I can.
@https://twitter.com/Colin27Anderson
Previous The First Self-Driving Taxis Have Hit The Road in Singapore
Next THE ULEFONE METAL 4G IS AN AFFORDABLE BUT STILL AMAZING SMARTPHONE