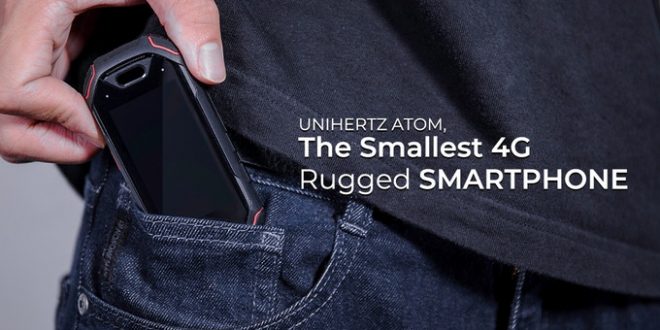 In the past few years, smartphones grew bigger and bigger with every generation. There is no doubt that it’s great to have a large screen when playing games or watching videos on a smartphone. Then again, as smartphones get bigger, they also get harder to carry around. Of course, they are not too heavy to carry, but it’s quite difficult to fit them into our pockets nowadays. In some cases, a small smartphone would definitely be a nicer thing to own than a huge device. For these cases, Atom was created. Atom is currently the object of a crowdfunding project on Kickstarter, and it is also the smallest 4G rugged smartphone in the world. Given the fact that the project already raised almost $1 million, it’s safe to say that people still care for small devices that they can easily fit into their pockets. 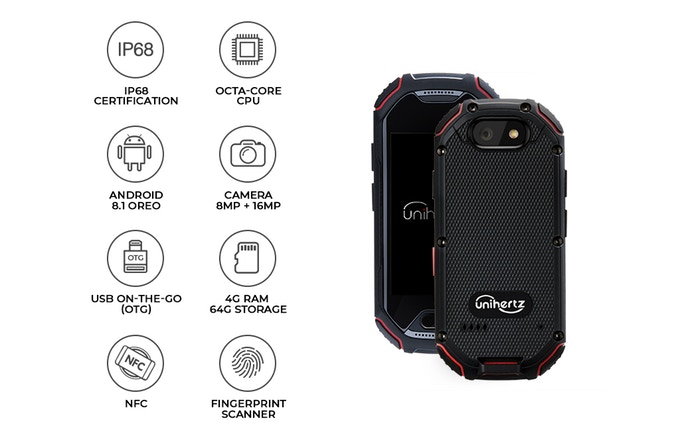 The same company also designed Jelly, more than a year ago now comes back with a rugged device. Atom is perfect for indoor activities as it is dust and waterproof and it has a durable coating. Basically, it is probably one of the best means of communication to take with you on a trip. Atom might be small but it has a great number of features to offer. The device features a fingerprint scanner, NFC, a 16MP camera on the back, paired with an 8MP snapper on the front, and it runs Android 8.1 Oreo out of the box. The smartphone includes an octa-core CPU, 4GB of RAM and 64GB internal storage. Surprisingly, the handset supports two SIM cards, both on the 4G network. 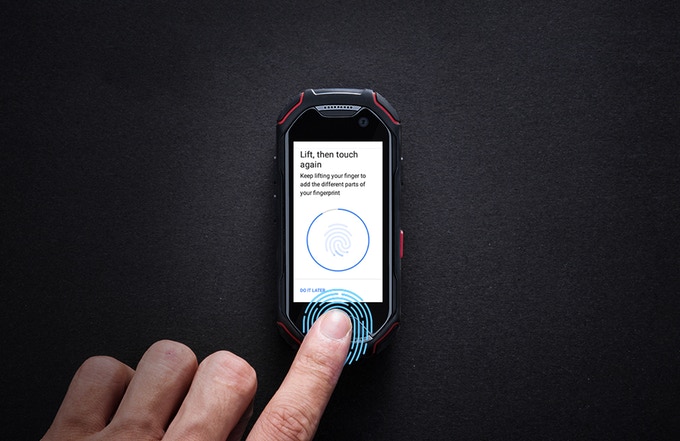 Naturally, the display of Atom is quite small. Then again, users probably won’t need this smartphone to play games on or watch videos. Instead, they will need it to be able to stay in touch with the world while working out or wandering out and about in nature. In order to make it even more useful, the developing company even provides users with bicycle mounts, armbands or clips, to make it easier for them to attach the phone to wherever they need it to be. The device is great for making and taking phone calls, send and receive texts and even for urgent emails. It is a little difficult to read them on such a small display, but it is a great way still to stay in touch. If there is a command you use more often, you can now access it with the touch of a button thanks to the Atom’s programmable key. 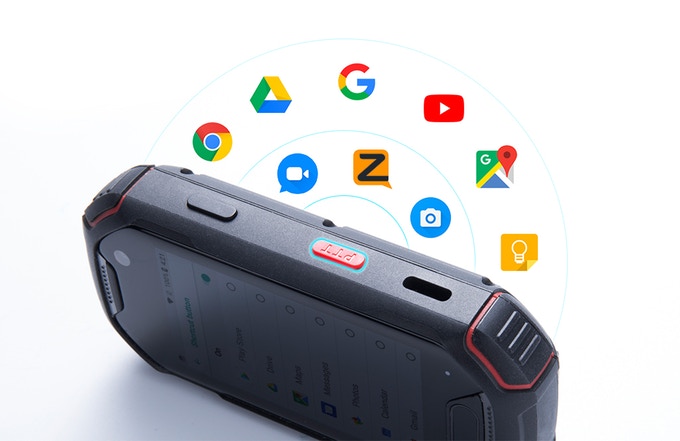 Just stating that the Atom is the world’s smallest rugged smartphone without giving out any numbers is useless. The smartphone is only 96mm or 3,7-inch tall, 45mm or 1,7-inch wide and 18mm or 0,7-inch thick. This definitely fits into the majority of pockets. Unfortunately, it is also easy to lose. The display has a 2,45-inch diagonal and it has a 240 x 432 pixels resolution. Shortly, it is small yet efficient. 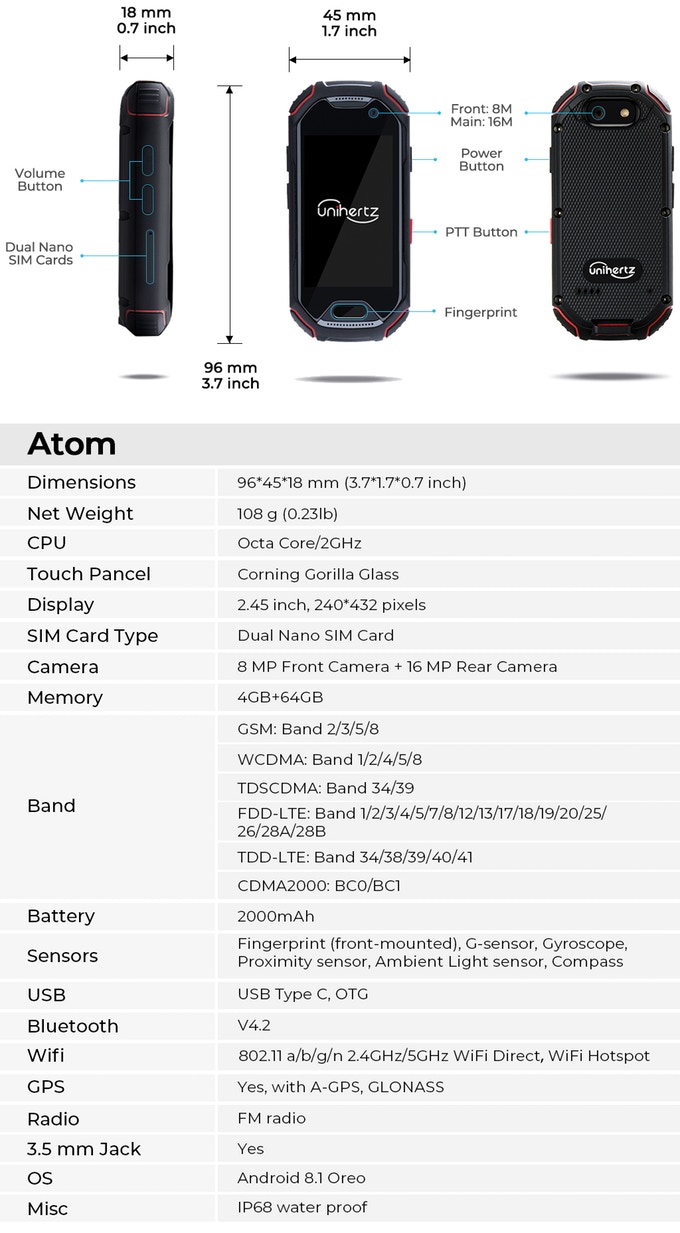 As for the pricing, the world’s smallest rugged smartphone is not the cheapest one too. Then again, it’s not easy to deliver a device with these specs in such a small packaging. Those who back the project on Kickstarter can get an Atom smartphone for $219. Reportedly, this is $80 off the retail value, so this means that when the device finally hits the stores it will cost somewhere around $300. The manufacturers also offer some sweet deals on Kickstarter. Backers can opt for packages that will get them 2, 3, 5, 10, or even 50 devices. The larger the package, the larger the amount backers can save when purchasing the handsets.

At the moment of writing this, there still are 23 days to go until the end of the crowdfunding campaign. More than 4,000 backers pledged more than $950,000 for the Atom to become reality. If everything goes well, the device will go into mass production in September. It will start shipping only a month later. If you are seriously thinking about purchasing one of these tiny Atom handsets, you can check out the full campaign on Kickstarter.

I'm very curious when it comes to technology. I enjoy tinkering with entertainment and communication gadgets.
Previous eufy EverCam is the most-funded smart home product in the history of Kickstarter
Next How and why You Should buy Aelf