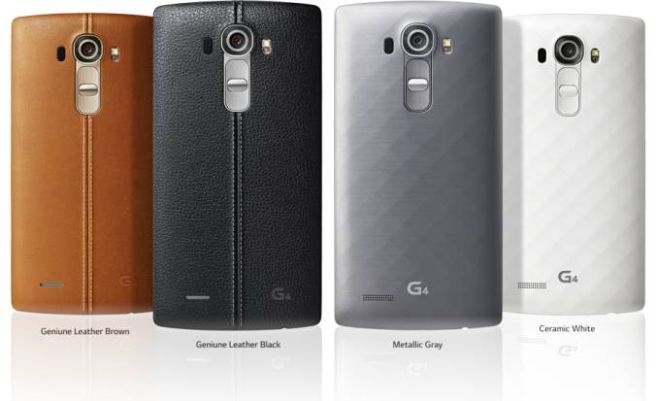 As of Yesterday, the new LG G4 smartphone model is available starting from $650 in South Korea, for starters. Next month will become available in the US and other Western countries, too. With a quite unique and impressive design, this freshly released device amazes with its f/1.8 lens photo camera. In other words, not only it beats the ones from Samsung Galaxy S6 and iPhone 6, but it can very well compete with a professional lens from a top DSLR. So, we may say that this feature will attract the photographers’ attention.

We need to talk about the new, leathery design of the LG G4 since it is one of a kind at the moment. Leaving behind the already oldschool, metal or reinforced plastic smartphone cases, this one brings more class to the table, transforming the new LG model in a really eye popping mobile device model. The colors available are: black, brown, red, sky blue, yellow and beige, one for every taste. But there also exist the classical black, silver, beige and white metalic backs for those who don’t feel like being too overly extravagant.

Now passing to the more technical specs: the LG G4 features a 5.5 inch display, an IPS capacitive touchscreen with 16M colors, a high resolution of 1440×2560 pixels and the already spoken of, amazing 16 MP, f/1.8 camera. It runs Android 5.1 Lollipop, has a 32 GB internal memory and an up to 128 GB extension possibility with a microSD slot. In terms of CPU, the LG G4 features a Dual-core 1.8 GHz Cortex-A57 and a quad-core 1.44 GHz Cortex-A53, so double the power. All in all, a top notch smartphone, available, for the moment, only in Korea, but with a little patience the Western countries enthusiasts will be able to get their hands on the new LG G4 in about 1 month from now!

Tech Editor with lots of experience with PC hardware components, iOS and Windows-based mobile devices, and love keeping myself up-to-date with any developments in the industry, which I make my job in sharing with you, our readers.
Previous Huawei Releases New Budget Smartphone, Available Only Online
Next Sony “Just Ear” Earphones Can Be Pre-ordered For $2,500