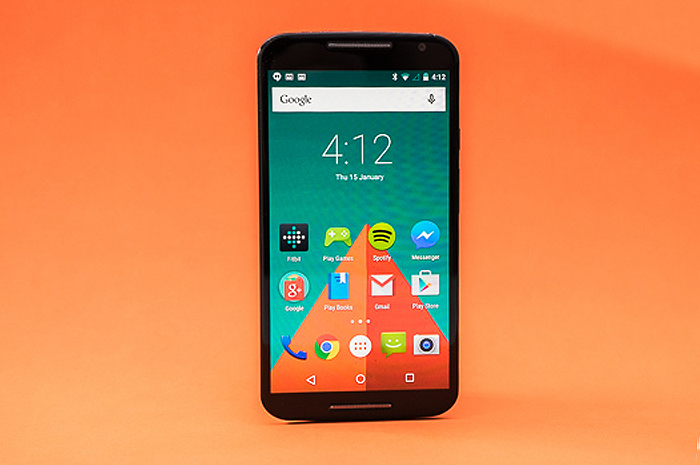 Flashback to the 2014 Moto X, which was a widely successful phone for Motorola. Having one of the best battery performances, compared to other smartphones, the 2014 Moto X was uniquely known for it’s customization. Like the review from Know Your Mobile said, “very few devices offer the ability to pick and choose the visual details of your handset to this extent, and the fact that this can be done for less than your average high-end model is even better.”

Now, the successor to the 2014 Moto X is, well, the 2015 Moto X. Although it’s slated for an end of the year release, many of it’s details have been leaked. Pictures and specs can be found on multiple tech sites, but I’ll do my best to condense the information here.

According to some of the leaks, the 2015 Moto X will come with Android 5.1.1 Lollipop operating system. As many know, this update will allow users to alphabetize their apps and change some of their wallpaper settings.

Some of the other features include the Moto X 2015 having a 16 megapixel primary camera. Surprising, the camera will be capable of taking images with a resolution of 5312 x 2988. The camera will also have auto-focus technology complete with optical image stabilization and a dual-LED flash.

The website Techno Buffalo noted that Motorola may be coming with two different versions of the 2015 Moto X. Rumor has that there will be a 5.7 inch and 5.2 inch variant. They reported that, “Both will apparently feature a Quad HD display, a Snapdragon processor, 3GB of RAM and stereo speakers. The new device may also be one the first new smartphones with a reversible USB-C port.” Techno Buffalo also has a couple pictures of the supposed smartphone. Check it out when you can.

You may be asking yourself, “What’s a USB-C Port?” Website PC Mag has a good explanation. It’s almost like a micro USB. However, they said that “it’s slightly thicker to accommodate its best feature: like Lightning and MagSafe, the USB-C connector has no up or down orientation.” PC Mag would continue to say that, “As long as the connector is lined up right, you won’t have to flip the connector to plug it in! The cables also have the same connector on both ends, so you won’t ever have to figure out which end to plug in, unlike the older USB cables we’ve been using for the past 20 years.”

In keeping with the tradition of customization, the 2015 Moto X  will possibly be available in different materials. So far, it’s either wood, leather or plastic. Supposedly there’s also a mystery material, but not much is known about that.

According to the website Yibada, there’s a “claim that Motorola will ditch the usual microSD card support and instead will release the smartphone in two variants depending on its storage space; a 32 gigabyte and 64 gigabyte model.” This isn’t surprising as several phone companies are ditching the microSD card in lieu of more space. As for the processor Yibada reports that, ” new rumors claim that the smartphone switched to a more powerful Snapdragon 808 processor conflicting the initial speculation that it will use a Snapdragon 801 chip.” The Snapdragon 808 processor is powerful, so expect the phone to do the tasks fast.

By the looks of it, the 2015 Moto X may be as successful as it’s predecessor. As we wait for the release date, more details will surely be ironed out. What are your thoughts on the 2015 Moto X?

Smartphones, tablets, laptops, drones, smartwatches my goal is to review them all.
Previous iOS 8.3/8.4 Jail-broken?
Next iPhone 7 Has a New Camera?