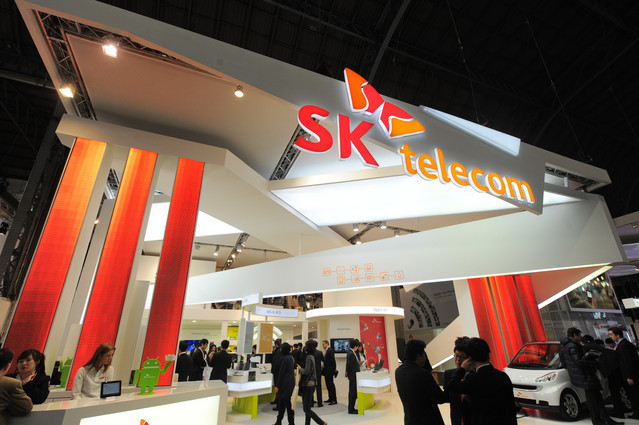 The 2017 Mobile World Congress is only a few days away and it seems it will be quite interesting. Besides the great number of smartphones and gadgets that will launch at this event, SK Telecom will unveil its 360 VR Live platform. The full name of the 360- degree live broadcast platform is ‘360 Adaptive VR Live Streaming Platform’. The platform doesn’t only allow users to live stream 360-degree content, they can also produce it. The resulting VR content will have Ultra HD resolution thanks to the differentiated stitching technology of the platform.

SK Telecom’s 360 VR Live platform stitches images in multilayers based on a multi-band blending algorithm. The result is a seamless 360 VR content without any distortion. The platform supports 60 frames per second frame rate. This translates into two times higher image quality than that of its competitors. The platform also managed to significantly reduce the bandwidth required for transmitting 360 video data. The size of the 360 VR video file is reduced by 35 percent thanks to the 360 VR Live. Even though the size of the file is smaller, the image quality won’t have to suffer. In addition to this, the platform also reduces latency from over 20 seconds to less than five seconds when real-time streaming.

Not only the images are great with this platform, but also the audio component of a video. According to the company’s press release, “Based on binaural rendering technology, 3D audio recognizes, in real time, the user’s accurate location including the direction of his/her eyes and provides sounds consistent with the user’s location”. The company plans on commercializing the platform in the enterprise market first. SK Telecom also announced that it will open its application programming interface (API) to build a new media ecosystem. This way small content developers will be able to create and offer 360 VR Live services. Given the fact that in the 5G era 360- degree content will become more and more popular, it’s safe to assume that the platform will be a success story for the company.

I have always been eager to try out any gadget I could get my hands on. I became a tech journalist so that I could always be around technology and see the newest devices. I use gadgets every day to make my work and life easier. I have enough experience to know If a device is actually improving my activity, offers something useful or new. I will post my honest opinions and judge a device as objectively as I can.
@https://twitter.com/Colin27Anderson
Previous Next Generation LeapPad and LeapStart Unveiled by LeapFrog at 2017 North American International Toy Fair
Next Senstone is the Intelligent Way to Take Notes on the Go