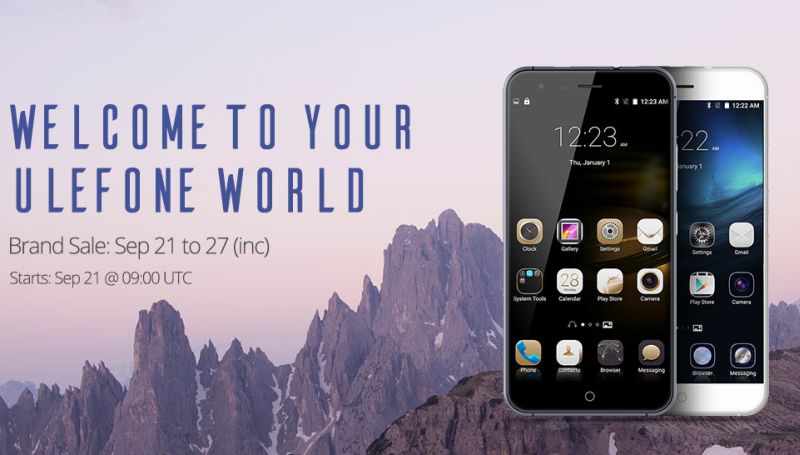 Ulefone, one of the biggest manufacturers of high- quality mobile phones is China, organizes a brand sale which started September 21, at 9:00 UTC and will last until September 27.

The Ulefone Be Touch 2 is actually a 5.5- inch, 4G LTE Phablet which runs on Android 5.1. Its main features consist in the 5.5- inch IPS OGS 2.5D Arc Screen, 1920×1080 pixels, protected by Gorilla Glass 3, the 64- bit, 1.7GHz Octa- Core processor, the 13 MP primary camera with flashlight and autofocus, and the 5 MP front camera. The Ulefone Be Touch 2 has 3 GB RAM and 16 GB storage. It also features a front fingerprint touch ID, with 360 degree rotation fingerprint identification. This device is made of Aviation aluminum- magnesium alloy metal board, being strong and light at the same time. The Ulefone Be Touch 2 has quick- charge technology which in combination with the 3050 mAh Sony battery can come in really handy for heavy- duty phone usage.

This Phablet is on sale at only $189.99 and comes with free gifts and a bonus 2-year warranty. Buy Now

Ulefone Paris is a 5- inch smartphone featuring a 1.3 GHz, 64- bit Octa- Core processor, having 2 GB RAM and 16 GB storage. It has a 13 MP back camera and a 5 MP front camera and it runs on Android 5.1 OS. The Ulefone Paris comes with an ultra-light metal frame and is protected by the Cornig Gorilla Glass 3, making it a tough phone. It only weighs 125 g and is 8 mm thin. It has a 2250 mAh Sony battery which can last up to 268 hours in standby. 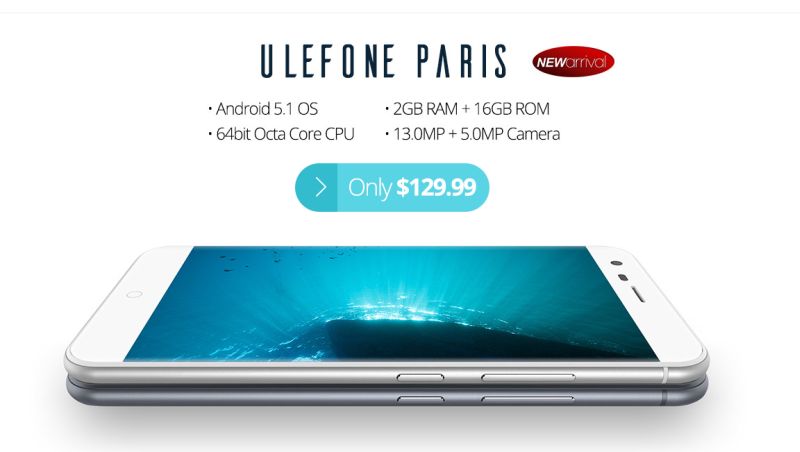 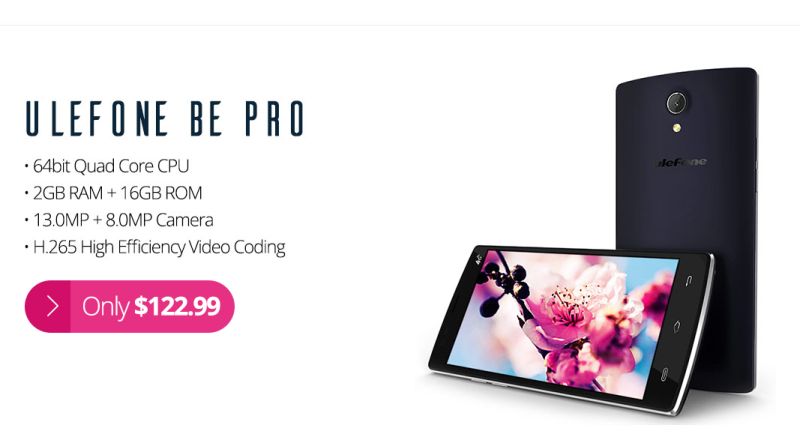 One of the main features of the Ulefone Be Pro is the dual- camera system, which consists in a 13 MP back camera with flashlight and an 8 MP front camera. Its speakers grant a flawless HI-FI audio experience and the capacitive screen offers a great visual experience also.

The Ulesoft Be Pro comes with a 2600 mAh battery.

Overall we can state that the 2015 Ulesoft Brand Sale offers the users three high- quality models at a great price.

I have always been eager to try out any gadget I could get my hands on. I became a tech journalist so that I could always be around technology and see the newest devices. I use gadgets every day to make my work and life easier. I have enough experience to know If a device is actually improving my activity, offers something useful or new. I will post my honest opinions and judge a device as objectively as I can.
@https://twitter.com/Colin27Anderson
Previous OnePlus Mini surfaces with duo camera and biometric security
Next Apple apps infected with malware