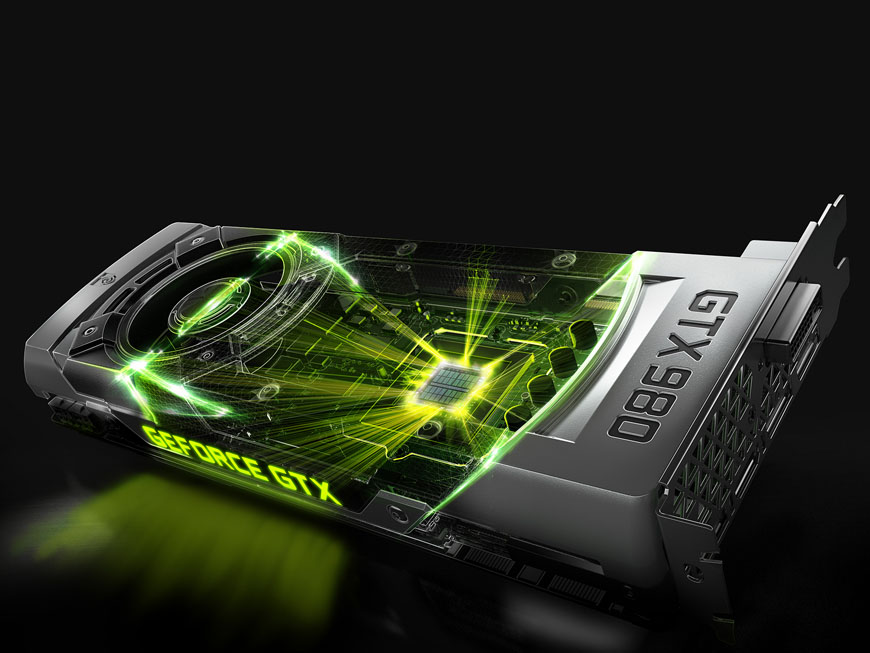 One of the best graphic cards made by NVIDIA, the GTX 980 is going to be featured by upcoming high- end gaming laptops, taking the gaming experience to another level. NVIDIA stated that there is no difference in power between the mobile chip and its desktop version whatsoever, this meaning that the new GTX 980 will be able to provide 30 percent performance increase above the company’s previous flagship mobile GPU, the GTX 980M. This will surely be great news for gamers who would like to run the latest AAA video games such as Metal Gear Solid 5: The Phantom Pain and Batman Arkham Knight at max settings on their portable devices. Laptops equipped with NVIDIA’s GTX 980 GPU will surely allow for overclocking, memory speed adjustment and fan control even in the case of future games which might be a tad too needy, pushing the system to its limits.

Laptops featuring GTX 980 graphics processing units will most likely run 2048 CUDA cores at over 1GHz and will have a 224 GB per second memory bandwidth. For the good use of GTX 980 GPU laptops which will house this powerful mobile chip need to be at least 17- inches or larger. It seems that NVIDIA’s GTX 980 will be installed in Asus’s watercooled GX700VO, which will launch sometime in November. The GTX 980 has also been linked to an SLI model from MSI and other laptops with 1440p or 4K  screens.

Having a GTX 980 GPU in your laptop will definitely mean that your portable device won’t be the thinnest on the market, given the fact that this powerful GPU needs its own spaec, but the high video quality of  games will surely be worth the compromise, especially when talking about serious gamers who are looking for an extraordinary gaming experience, which was almost impossible on a laptop until now.

I have always been eager to try out any gadget I could get my hands on. I became a tech journalist so that I could always be around technology and see the newest devices. I use gadgets every day to make my work and life easier. I have enough experience to know If a device is actually improving my activity, offers something useful or new. I will post my honest opinions and judge a device as objectively as I can.
@https://twitter.com/Colin27Anderson
Previous Google Wallet Update- Makes it Easier Than Ever to Send or Receive Money
Next Nexus 5X and 6P – Released on September 29