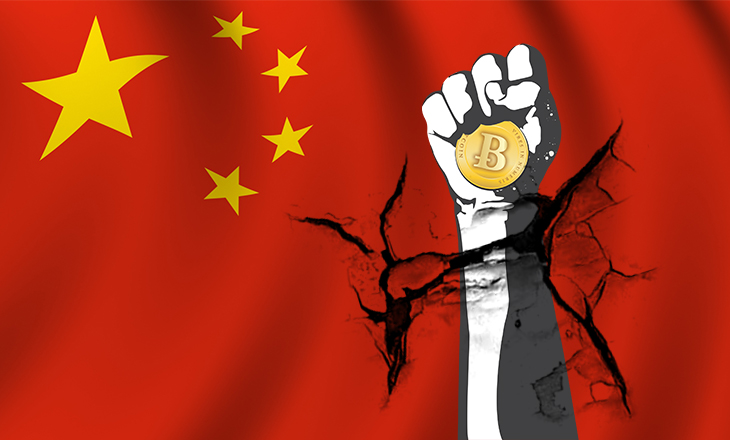 China are taking further steps in order to regulate crytpocurrencies. The authorities have decided on a “comprehensive ban” on platforms that allow users to buy or sell cryptocurrencies. This follows on from their ban of ICOs earlier in September. China is attempting to gain control over cryptocurrency with this latest ban.

The Wallstreet Journal reports that a document was passed around a private meeting on Friday instructing currency exchanges in Beijing to shut down their operations. They also demanded that the exchanges reveal the bank accounts that its users were using for their deposits. It appears that China also wishes to limit its citizens access to foreign exchanges. The authorities want to use the Great Firewall in order to limit its citizens access to offshore coin exchanges.

Until last week many traders believed that the authorities would continue to tolerate peer-to-peer or over the counter platforms that allowed buyers and sellers to connect. This latest moves has dashed their hopes and will increase concerns that China is looking to stamp out the Cryptocurrency market altogether.

China is attempting to gain control over cryptocurrency

The popularity of Ethereum, Bitcoin and other Cryptocurrencies has long been a concern for Chinese authorities. They fear that cryptocurrencies could weaken state control of the Yuan. This fear was not entirely unfounded as Chinese citizens had even been betting against the Yuan using cryptocurrency.

The final outcome of the ban remains to be seen. It is likely that China will follow one of two paths. The first would see China attempting to institute a complete ban of cryptocurrencies, forcing people to trade purely in Fiat currencies. This is possible but could risk China being left behind should nations like Japan and Russia decide to embrace virtual currencies.

The second option is more interesting and probably more likely. China does not appear to have a problem with Cryptocurrencies persae. They have a problem with the fact that they do not have control over how they are used in China. If this is the case then it the ban on Cryptocurrencies means that China is attempting to gain control over cryptocurrency. This would be done by setting up a new legal framework within which Bitcoin and others could operate. Under the watchful eye of the Chinese authorities of course.

This move a huge boost to Chinese based cryptocurrencies.  One country in particular would stand to benefit from any Chinese attempts to regulate virtual currency. NEO, the currency with ambitions to be China’s Ethereum is perfectly placed to take advantage of any new regulation coming out of China. The company has already made clear that it plans to cooperate with the authorities by refunding tokens from their ICO. This signals that NEO will seek to work with the Chinese Government in order to define a new regulatory framework.

Time will tell whether China is truly planning to set up a proper regulatory framework for cryptocurrencies but I would definitely keep my eye on how NEO performs over the coming months.

I have always been fascinated by the impact of new technology and discoveries on the World around us. Every great advancement mankind has made has had a profound impact upon our society. Now our science and technology is advancing at a rate never before seen. It is my mission to understand the latest changes in the tech and science world and try to relate it back to our lives and how it will change the world around us. For good or ill.
@SaulBowden
Previous Tez is Google’s attempt to break into the Asian mobile pay market
Next Hubble spies Wasp-12b, a planet so dark it absorbs almost all light that touches it